My friend Mr. Webster says it is something that corresponds to facts or reality; honest and sincere.

We have all been told as a child it was something you should always tell to others; so it must be a form of communication. Whenever we didn’t tell the truth we were told that we were telling a lie; so the truth by default is the opposite of lying or saying what is not true.  To complicate the situation further, we can honestly believe we are telling the truth but the person we are speaking with can honestly believe that we are lying to them; causing tremendous disruption to any meaningful trust associated with the topic of our discussion.  This differing opinion, as to whether our statement is truth or false, can be based solely on our understanding of one another as well as the information available to us at that time. On occasion, we will even allow irrelevant evidence to invade the topic in question.  This sort of confusion definitely hinders our clear identification of the truth resulting in the ongoing search to explain exactly what we are supposed to do with this mysterious thing we call the truth. END_OF_DOCUMENT_TOKEN_TO_BE_REPLACED 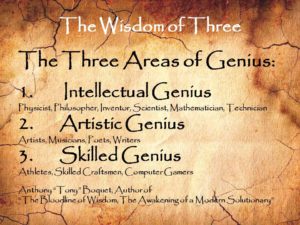 The title of Genius is a very prestigious one, denoting a level of intelligence rarely found in the general population.  Assets to the world, these talented people are elevated by the public, mainly because of the sense of awe that they generate in their area of specialty.  It is through their efforts that they strive for amazing physical feats in the sporting arenas, explore the hidden secrets of our own minds, or create unimaginable beauty in a timeless masterpiece of art.  As with all benefits, so come the challenges.  Due to the uniqueness of their impressive gift, a Genius is prone to an elitist attitude.

They are special and they know it.

END_OF_DOCUMENT_TOKEN_TO_BE_REPLACED

“There are only three certainties in life; breathing, taxes, and death.”

It was Ben Franklin who coined the phrase, “There are but two certainties in life; death and taxes.”   Now realize that this statement was made as a jab of the ever growing need to fund the government machine but he was absolutely right in the fact that taxes will last as long as we live and death is a certain end to our life.  However, in an effort to satisfy my craving for accuracy, I purpose a third certainty; the only sustaining involuntary function that maintains life; breathing.  We know that Ben was a fan of debates and was also a very intelligent man. 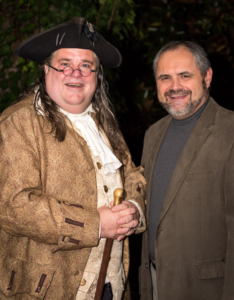 I think that if he and I could have reflected together on this comment, he would have agreed that I was correct in my addition.  Man only needs three things for human life; Air, Water and Food.  Of the three it is only air that is consumed involuntarily; thus there can be no life without the act of breathing.