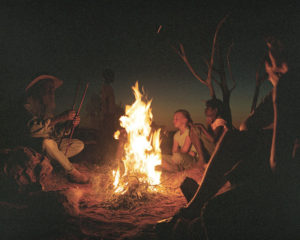 We live in a time when campfire stories, legends and myths are no longer the common method of detailing remarkable persons, places or events. For millenniums, leaders have been memorialized through the retelling of their outstanding character traits.  In some ways we seem to have outgrown those ancient forms of communication for something better; something more progressive. As a storyteller, I am personally torn in my acceptance of the various forms of modern communications. END_OF_DOCUMENT_TOKEN_TO_BE_REPLACED

This week a pharmaceutical giant learned a valuable lesson; better has its value and it is not always at a premium.

The company’s stock price turned drastically lower; reflecting the same direction the buying customers are saying their latest improvement drug’s price should be going. For years the leader in diabetes drug production has used the successful business model that new and better could be sold at a premium with the end users always being willing to pay an inflated price for this novel combination.  To leadership’s amazement, this model seems to have failed miserably on their latest endeavor.

In the clinical trials, it was determined that the new drug showed slight yet consistent improvement in the treatment of the majority of patients; however the price of the drug is not being accepted by the patients/insurance carrier or their doctors.  Instead, the end users are finding that with a little more monitoring, the patient’s existing drug treatments can achieve the same results and at a substantially reduced cost. END_OF_DOCUMENT_TOKEN_TO_BE_REPLACED

History is so important to the human race because it provides us with the experience component of wisdom.  It is wisdom that solves our troubles and without history we have no chance of overcoming our future dilemmas before they cause harm. It is through the lessons of history that we come to understand; how the eternal laws can solve these quandaries, create tools that leverage the power of the laws and master the application of the laws through the tools that we create so as to benefit all mankind.

For instance, the first clamps are said to have been developed by the Egyptian around 600 BC.  They were made by wedging two boards between large rocks.  The wedging force tightly pressed the two boards together so the glue could set, binding the boards as one.  This created stronger boards and for ship building, made a leak proof seal between boards.

Much has changed since 600 BC but the uses of modern clamps still solve the exact same problems they were originally intended to solve using the same laws of nature.  The Egyptians understood the Law of the Lever; force leveraged by a fulcrum will increase power, creating extra strength.

END_OF_DOCUMENT_TOKEN_TO_BE_REPLACED

Boudreaux and his wife, Mabel was having dinner together.

“Boudreaux, I have some news about Thibodeaux’s new baby.  It was born today and it is a healthy little boy.” 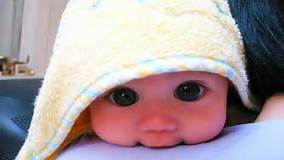 “May, dat sure is some good news!  After dinner we are goin to go over dare to introduce ourselves to their new baby. The Thibodeaux’s must be so proud.”